Blaming it on the long-legged tower 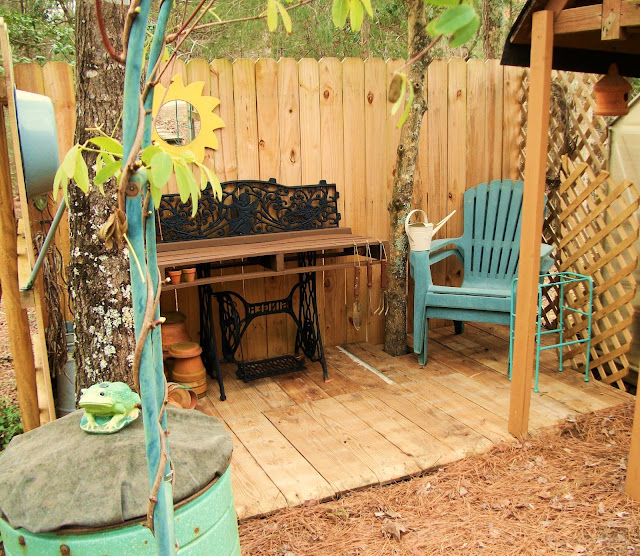 Should probably call this a potting area not a potting 'shed' because there's no roof. At 2:30 this morning I was lying awake planning how to build a roof and had come up with a decent plan, then remembered there was a holly tree growing up through the center of the floor.

Thought I would go back to what started all this in the first place... 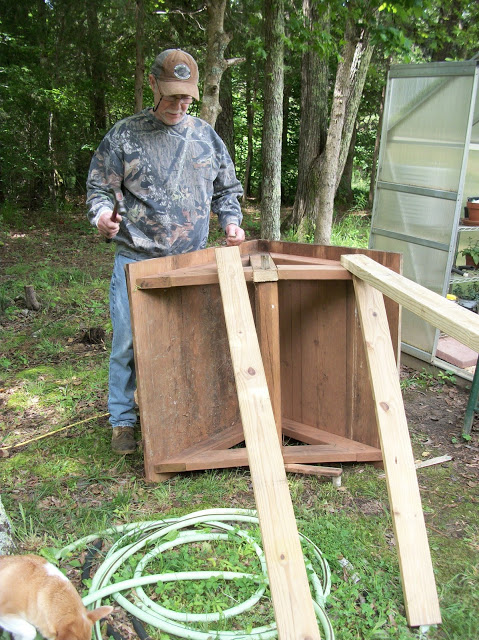 It was that silly little roof top from off the old wishing well driving me crazy. It was cute and I wanted to use it somewhere. "Nail some legs on it", I asked Poppy. It will be an entrance to the teeny tiny greenhouse. 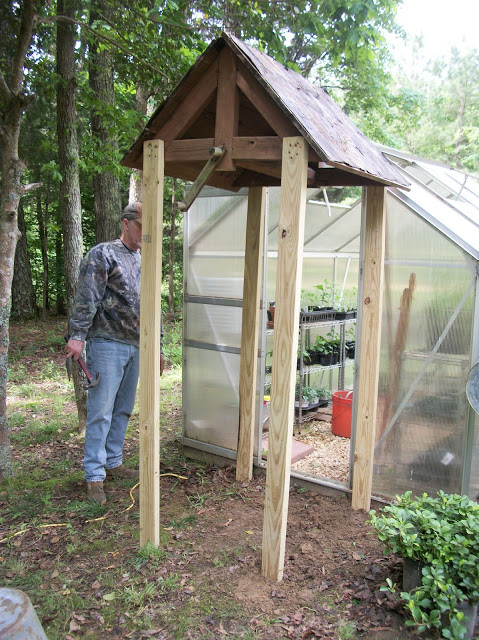 "There you go", said Poppy, wondering why I wanted something that looked so out of place and useless. So it became "the long-legged tower". But the tower needed something?? 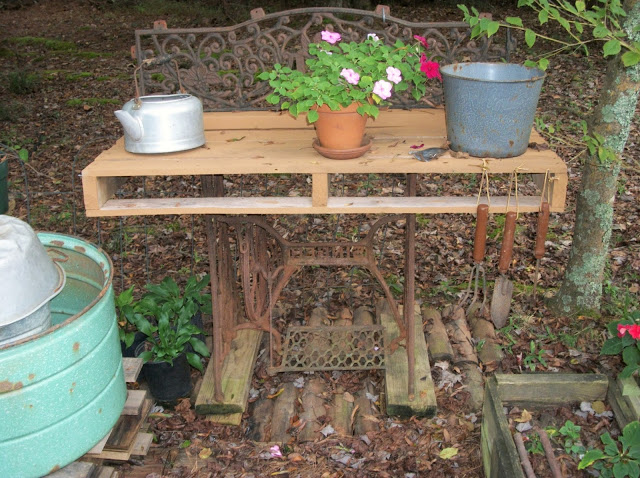 The potting bench. Never could get that thing to sit level. I buried all kinds of crap under the dirt and leaves.

Poppy found that old Singer base in a junk pile several years ago and thinking I might like it, brought it home. Then back when he worked for Winn Dixie, picked up a park bench with one metal leg broken off. It was part of that broken bench the made the back for the potting bench.

Then friends, I remembered the magazine article I had saved since 1997... 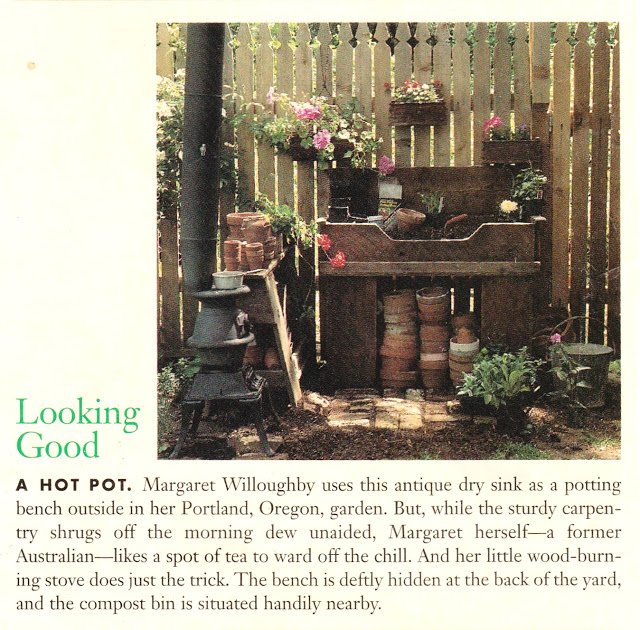 Oh my gosh! See the little wood stove! I still want one, just like that! 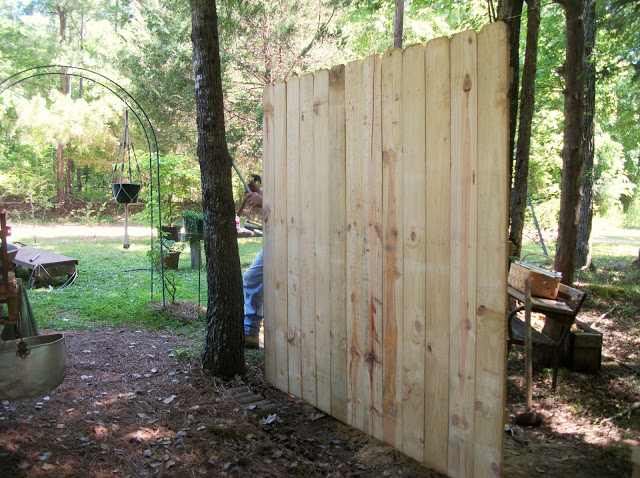 "Guess we need to go to Lowes", said Poppy. So we did, and then started building the walls. That was two years ago. 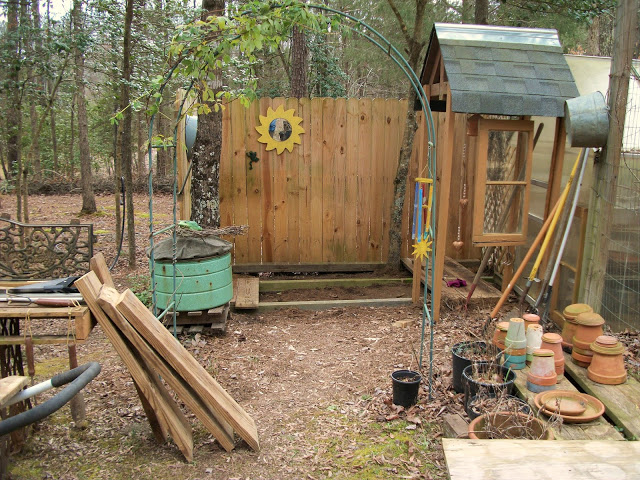 Son-in-law Todd recently suggested using that stack of boards they gave us to build a floor. Of course, we needed to!


By this time the potting bench was looking rusty and bad... 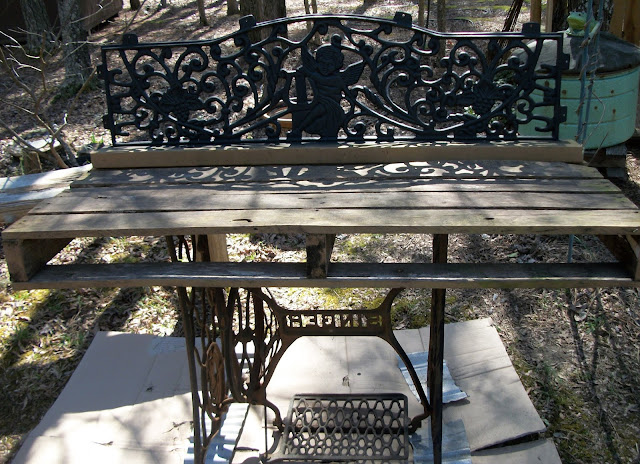 So, during sunny breaks in these rainy days, I painted. 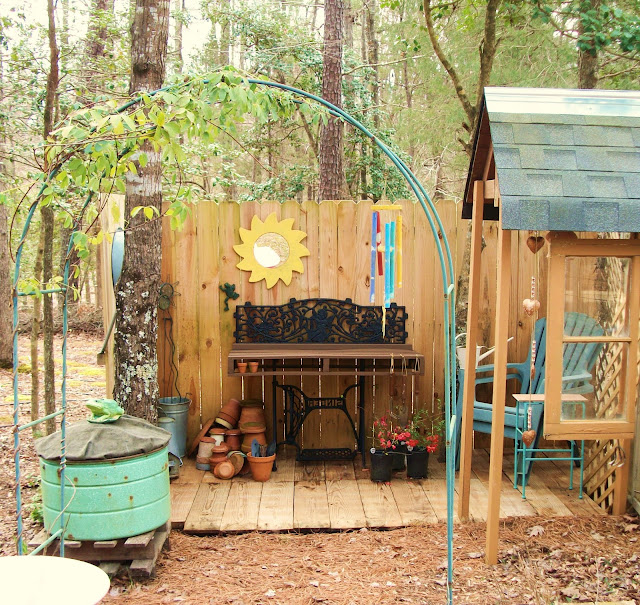 I'm thinking the legs on the long-legged tower could be shortened, then move the tower to the left side and place it over the antique washing machine tub, which holds potting soil...just for looks, of course. :)

Then put up 4" x 4" posts in front on each side and build the top over the fence panels, kinda how a lean-to looks. 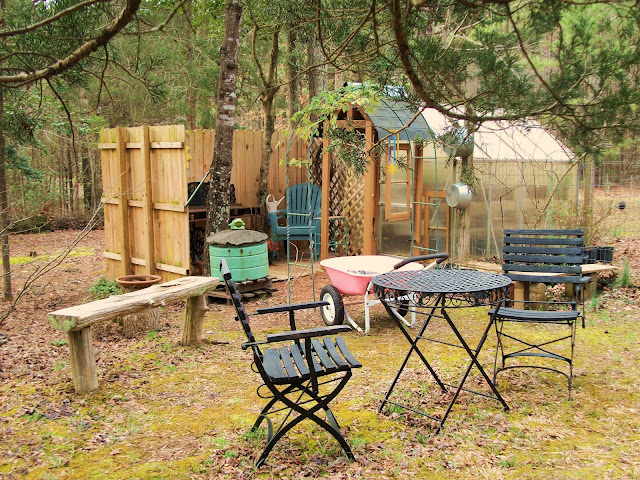 So there it is. If this rain ever stops, I can go stand and stare and maybe figure it out.

Good gosh, I bet all of you have left your computers by now and I don't blame you one bit!

Well that's it...except, during all my thinking and planning during the early morning hours, a very loud scary rumbling noise caused me to sit straight up in bed! "Was that thunder?", I thought to myself! Then seeing a flash of lightning, snuggled down in the covers to be safe, only to hear Eli scratch at the door.

Now wonder where he got his fear of thunderstorms?? I ran to the front door and let Eli in. He slept between us until the clock alarmed at 4:45.

Thank you friends for putting up with me.

I love hearing from you. Thank you for your comment. 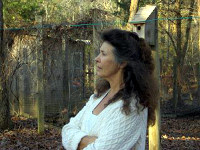 Henny Penny
I love a farm. I love animals. I enjoy crafting and sewing. I make and sell old fashioned bonnets, aprons and dolls. I love being at home, gardening,and caring for the animals on our small hobby farm. Cooking is not a big love of mine however, I manage to get a meal cooked and on the table every evening. I do enjoy setting the table and sitting down to a meal. I simply like 'old fashioned'!

You can reach me by email at:
hennypennylane@gmail.com 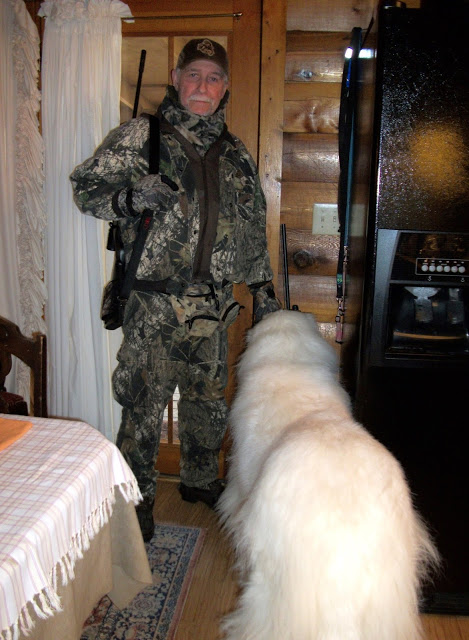 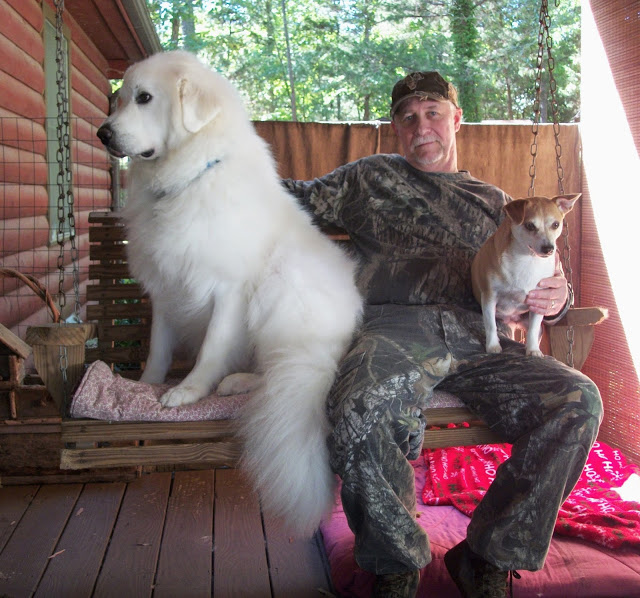 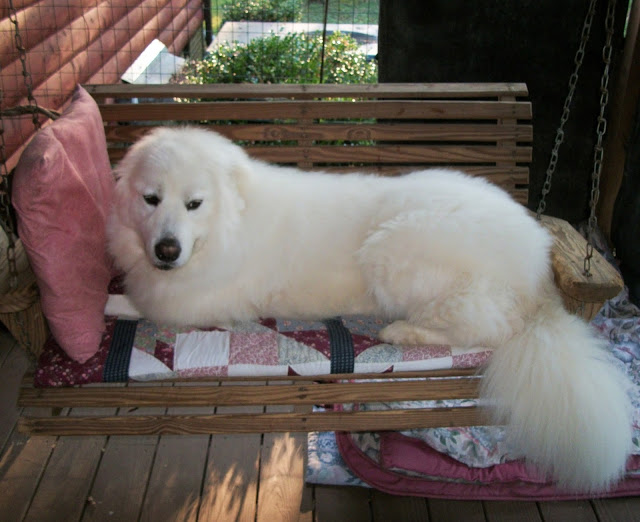 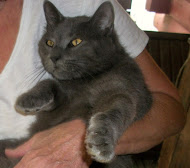 Through all the pleasant meadow-side
The grass grew shoulder-high,
Till the shinning scythes went far and wide
And cut it down to dry

These green and sweetly smelling crops
They led in wagons home;
And they piled them here in mountain tops
For mountaineers to roam.

Here is Mount Clear, Mount Rusty-Nail,
Mount Eagle and Mount High;
The mice that in these mountains dwell,
No happier are than I!

O what a joy to clamber there,
O what a place for play,
With the sweet, the dim, the dusty air,
The happy hills of hay. 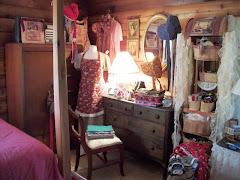 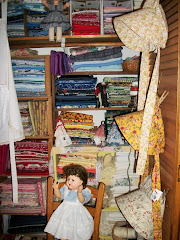 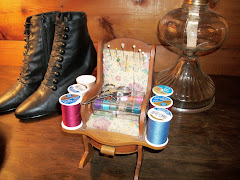 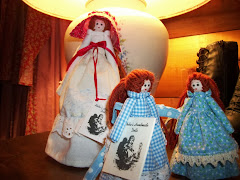 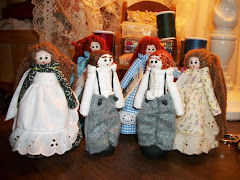 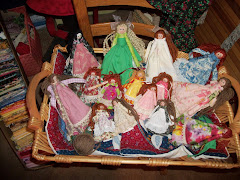 It is not raining rain for me,
It's raining daffodils;
In every dimpled drop I see
Wild flowers on the hills.

The clouds of gray engulf the day
And overwhelm the town;
It is not raining rain to me,
It's raining roses down.

It is not raining rain to me
But fields of clover bloom,
Where any buccaneering bee
Can find a bed and room.

A health unto the happy,
A fig for him who frets!
It is not raining rain to me,
It's raining violets.

How do you like to go up in a swing,
Up in the air so blue?
Oh, I do think it the pleasantest thing
Ever a child can do!

Up in the air and over the wall,
Till I can see so wide,
Rivers and trees and cattle and all
Over the countryside- 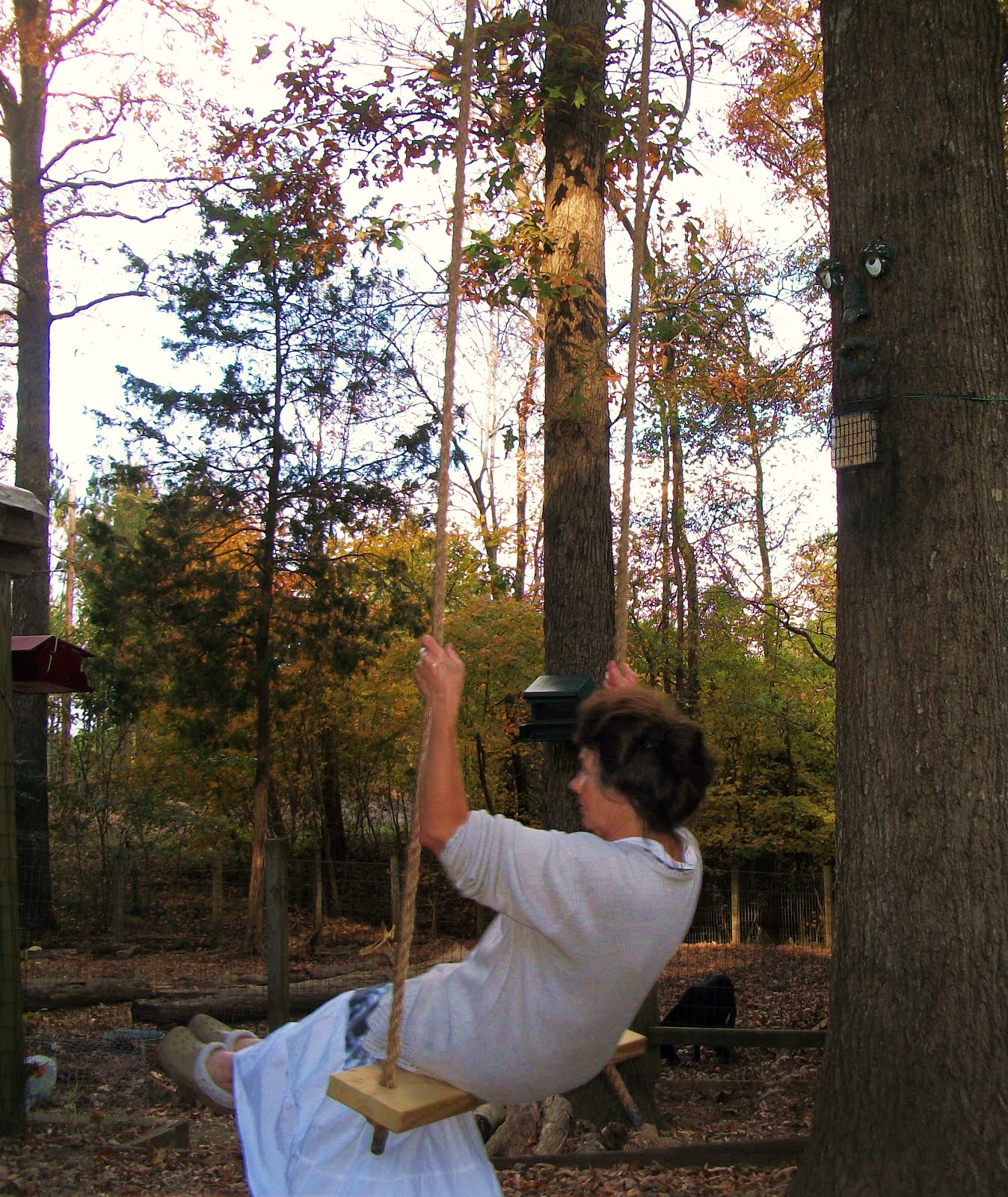 Henny Penny and her Friends 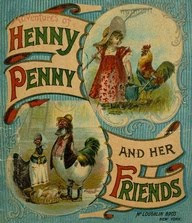 The rooster is just a bragging jerk. It's the little hen who does the work. 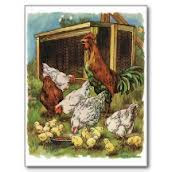 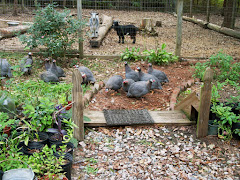 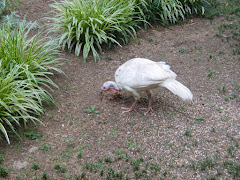 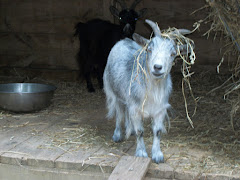